Part 2 of this Christmas shopping is the most interesting event to date for Black Mamba. After almost 2 years I finally decide to upgrade the brain of this car to the most preferred aftermarket ECU for Honda - The HONDATA!
Before I go further I would like to let you know that Mamba has been running on stock ECU for almost a year, after selling off the E-Manage Ultimate and V-Manage. The last power dynoed was 194whp and 18.6kg/m torque as opposed to 207whp and 20kg/m torque on the E & V-Manage. It was quite stressful to drive the car for almost a year in stock condition with the VTEC point at 6000rpm and 180km/h speed limiter.
Anyways, back again to the Hondata. I went to Tung Chun Motorsports JB to get a set of the Hondata K100 ECU. Considering the fact that I am not going to tune the car on my own, I decided to get K100 instead of the K-Pro. It's cheaper by almost 40% than a K-Pro and works the same way. The only downside of the K100 is that it requires a K-Pro circuit board to be put inside the ECU to allow it to be tuned. And yes, it also has no datalogging; which I dont think is important to me as a casual driver. :) 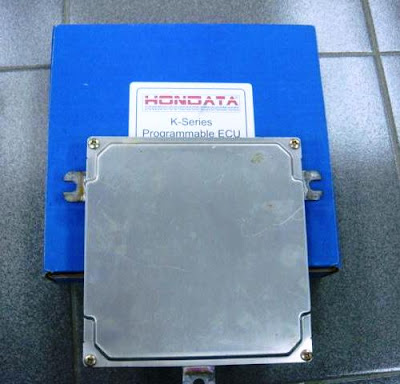 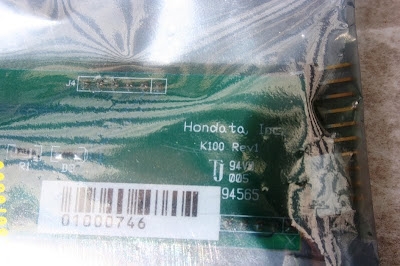 Installation was very quick and completed in matter of minutes. Tuning was then done by Ah Han and after almost 2.5 hours on the dyno and on the road, Mamba has unleashed few evil ponies and torque! Hehe. VTEC point is now lowered to 5500rpm, rev cut is raised from 8400rpm to 9200rpm, 180km/h speed limiter is removed together with optimized air, fuel and igniton. The figure on the Dynomite dyno machine was 218whp but since I do not have any baseline graph on the machine, I went to JC Racing last week to compare the old and new power. And the result after tuning? Additional 15.4whp and 1.8kg/m of torque made me drive the car like mad for almost a week! Haha.

The revs feel lighter, and 20.5kg/m of torque made higher gear change more fun, especially from 4th gear onwards. Fuel consumption are still maintained and I could still drive 250-270km with RM60 worth of RON97 petrol. Oh yes, the CEL error has also been deleted. The only issue I am having is the blinking immobilizer light. This is due to the immobilizer being disabled in the ECU, but the immobilizer unit is still active. Common issue for 2005 DC5 Type-R (older pre-facelift model doesn't have immobilizer). As long as it's not CEL, I'm good with it.

So that's all for 2010. Mamba is going for a hibernation until the next mod (aftermarket header and bigger exhaust pipings). Looking forward for a better and prosperous 2011.

Where: Tung Chun Racing, or any other Hondata distributor in KL. Price doesn't differ much.

So it's exactly almost a year since I bought some awesome stuffs for Mamba but never was installed due to 1. MONEY 2. Time 3. Other important commitments. However I wish to highlight that the parts are still under my posession. The badass ChargeSpeed bodykits are already painted, and the K24 block will be dismantled and built in few more months (hopefully!).
I also noticed that the mood of modding the car will only come during end of the year.. and I'm halfheartedly glad it happened again this year. Mamba is growing older gracefully with the slow ass mods but I trust that the mods done are something that will make the car more fun to drive. Good justification right? Haha.
As I have mentioned in my previous post about the weak hydraulic mounting on the p/s side, it gets worse over time since I am driving the car daily. I kid you not as at today I have broken FOUR units of the hydro mount and thinking that I would be a complete idiot by braking and buying another one, I take the necessary action by purchasing the Energy Suspension mount inserts for the front and rear mounts. With these two mounts are strenghten, I can be assured that the p/s mount lifespan will be prolonged until I get a Hasport replacement unit soon. Oh yes, this mount inserts are also perfect to absorb the force of the additional 20whp came from Mamba's heart *wink*wink*. 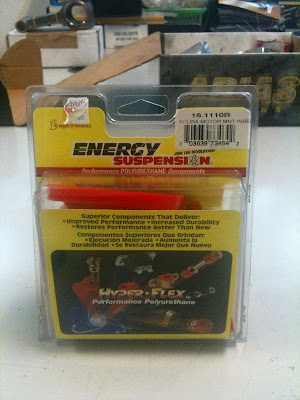 The R at the end of the serial no means "Race" version. It is stiffer than the street version 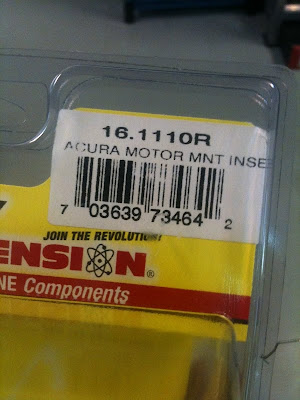 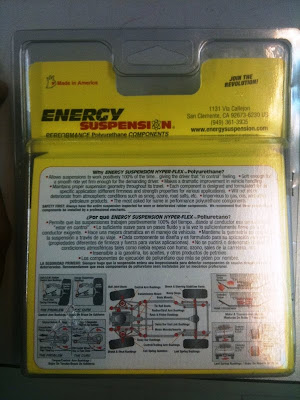 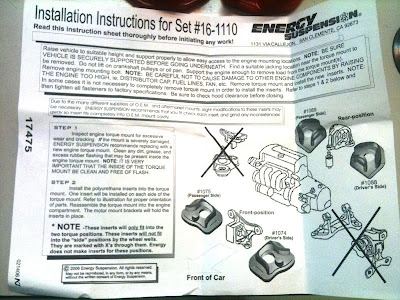 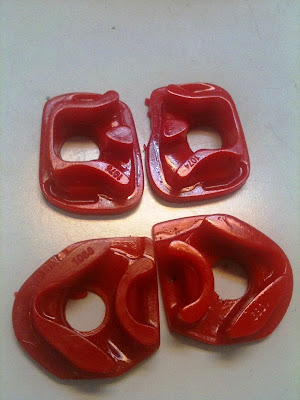 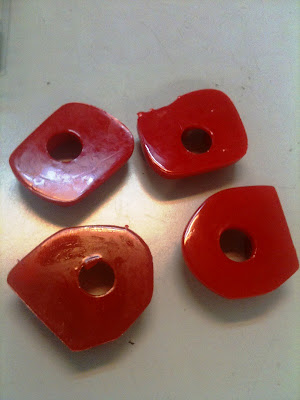 The inserts were, well, inserted into the OEM mount from the outside. 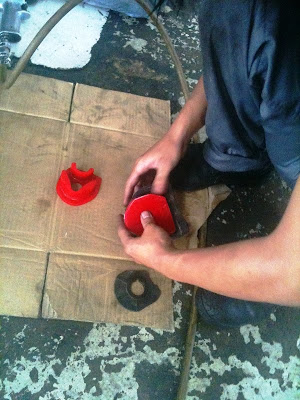 Took them less than 15 minutes to fix these on. 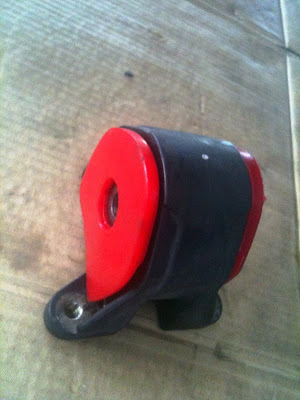 1. The stiffened mountings deliver vibration to the dashboard during idle. Not too shaky but you can feel it on the steering wheel. It was slightly uncomfortable at first but you'll get used to it after a day or two.

2. Gear shifting are awesomely smooth and crisp at higher revs as the engine now doesn't rock back and forth like it used be on stock mountings.

3. The front end of the car feels very 'tight' especially when heel & toe is performed before entering corners.

4. Most DC5 Type-R owner will face this broken p/s mounting at least once in their life. Should you decided not to invest in other expensive aftermarket/custom mountings or engine torque damper, this is the bang-for-the-buck modification and works well. This issue has been resolved entirely on the Civic FD2 Type-R where another bracket is installed on top of the hydro mount to reduce direct stress on the unit.

A little teaser of what's coming up next. :) . Too tired to update now. 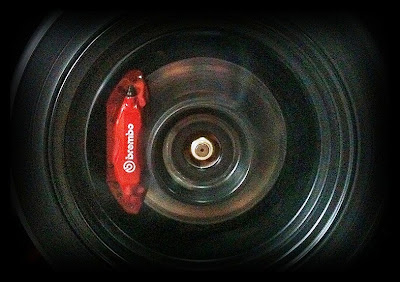 Managed to squeeze my time to go to the workshop today. Drained the MTFIII oil and replaced with 2 liters of Redline Lightweight Shockproof. A short drive back to the office and the 3rd gear crunch has gone completely. I can sleep soundly tonite and rev happily tomorrow.
Note to self not to use the nipis gear oil in the future.
The other thing I reckon today is that the Skunk2 control arm made the car's rear end firmer during cornering. Not much of body roll felt as compared to before and I do feel I can execute faster corner slicing without having to worry the tail to wobble. Thank you Skunk2 for an awesome product.

Man, I just found out that this post has been a draft for months. I guess I'll just post it anyway.
Another DC5 friend of mine by the name of Fitri jumped to the German ship recently. After enjoying the free Volkswagen cars test drive, Fitri unreluctantly sold off his 2003 DC5 Type-R to make way for this Euro hot hatch - Mk6 Golf GTi. So last weekend (one of the September weekends that is haha) we met and I had the chance to drive (or more like abuse) this car..and well, I can say that I quite enjoyed this Mk6 GTi.. It has more to offer than the previous Mk5 model performance and handling-wise.
The car is purchased brand new and he didn't have to wait long as the stock is ready to delivered to the customer. The car is pretty much stock except for a set of Oettingger 18 inch wheels where he purchased at bargain price.
Not much can be said as I was only allowed to drive around Sunway area. Fella never trusted me to drive on the highway haha. But what I can tell is that this car is very torquey and fast! Even with 4-passengers inside it can still pull to 100km/h within 8 seconds! I can feel that the boost came without any lag from as low as 2,000rpm and that 6 speed DSG is one helluva gearbox. I was entirely sold with it's smooth paddle-shifting action together with that 'explosive' sound it produced when the gear is dropped. Can see the passengers almost snapped their neck when I did that hahaha.
Another thing I enjoyed is the serenity of driving a very well insulated car like this GTi. It's been two years I'm driving a 'track-ready' car with no basic amenities such as under chassis tar, sound insulation and something for the passenger to hold in the car in event of hard cornering. With this car it's the other way around. Everything is so damn quite you can even hear the back passengers whispering to each other! The only thing that I didn't enjoy is the way this car handles during cornering. Somehow It doesn't go to the direction I wanted it to go so I had to throttle off to correct the steering in order to make the car go my way. I was experiencing a little bit of 'fake' feeling with the handling probably due to the electronics such as the TCS, DCC and that 'sport' suspension mode didn't really feel sporty to me. I still believe that a car needs to be driven without all that as it will show how great the driver is in handling the car hehe. Figuring that I might have some fun without the electronic handling aid, my left hand went to turn off the TCS.. but that move was abrupted when I heard a synchronized screaming of "NOOOOOO!!!!" from the owner and 2 other passengers hahahaha. That's when the test drive session ends.
Overall, I don't mind having this as my daily driven car. It's fast, comfortable and it looks a bit softer than the previous model. The wife would look good in this and will definitely come home to tell you her traffic light drag victory she enjoyed earlier :) 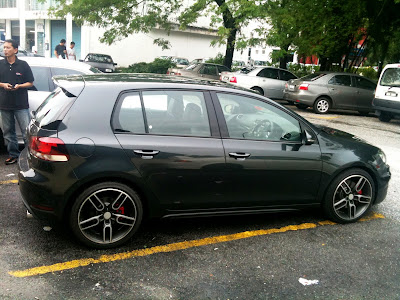 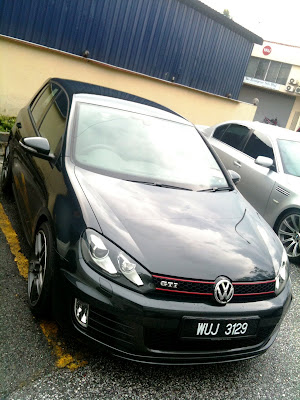 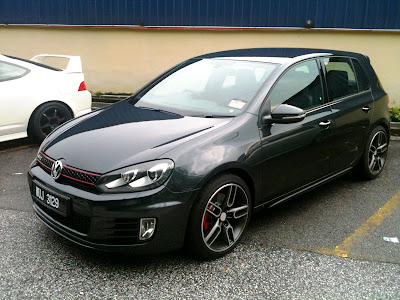 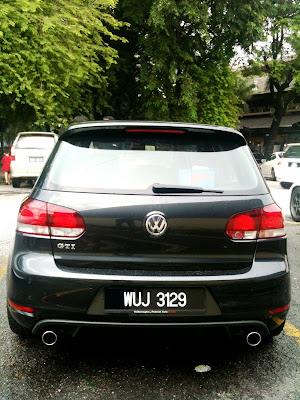 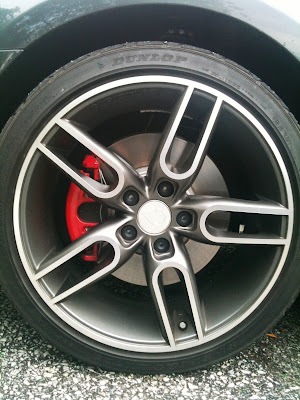 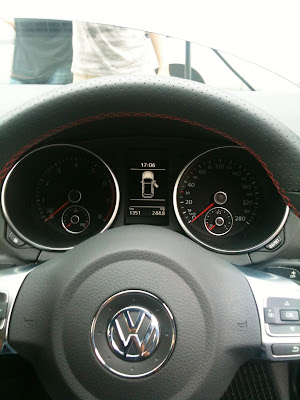 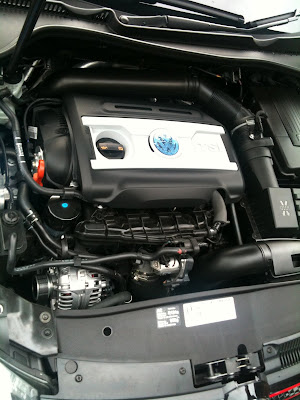